Two of mankind’s greatest friends, the condiments have been seasoning dishes for thousands of years and helping bring flavor to hundreds of millions of people.

With that notion of taking things to the next level in mind, it’s easy to see why these two little pots of joy have also broken into everyday language.

Indeed, they are simply universal and all manner of languages around the world understand their basic function – to add an extra depth.

So then, it makes perfect sense that we’d introduce them into our lexicon. What better metaphor is there than using two condiments known to pretty much everyone on this planet?

So, here are some of the best salt and pepper quotes and sayings.

Salt is a way of life

Here’s a look at a few quotes stretching out the metaphor we talked about earlier.

“The cure for anything is salt: sweat, tears or the sea.” – Karen Blixen

It’s hard to argue with that.

“A day without an argument is like an egg without salt.” – Angela Carter

Hey, who doesn’t love a bust-up to make you feel alive?

“Business is the salt of life.” – Jeff Rich

“Where would we be without salt?” – James Beard

It doesn’t bear thinking about, James.

“Change is the salt in the soup of life.” – Gyles Brandreth

Salt of the earth quotes

“The arts are the salt of the earth; as relates to food, the arts relate to technology.” – Johann Wolfgang von Goethe

“People don’t enjoy salt. They enjoy what is salted. We are the salt of the earth. We do not exist for ourselves.” – John Piper

Reflecting on the hierarchy of society, Piper really captures the earthy tones here.

“You are the salt of the earth. But if the salt loses its saltiness, how can it be made salty again? It is no longer good for anything, except to be thrown out and trampled underfoot.” – Matthew: 513

Clearly a religious warning about keeping to a certain code of morals.

A call to celebrate the community from one of The Rolling Stones. Good idea, Mr. Jagger.

“They’re salt of the earth, those girls. They don’t sit each night and compare notes on groups, criticizing lyrics, asking if it’s valid. They just play the record…yeah and maybe they dance. I love them. I love them dearly.” – David Bowie

A sprinkling of stardust from Ziggy.

Take it with a grain of salt

What does ‘take it with a grain of salt’ mean? Effectively, it means to regard whatever you’ve been told as not quite literal. Indeed, if a foodstuff has been salted, the natural flavor has been enhanced.

So, if someone warns you to take something with a grain of salt, you can rest assured the story they’re telling you has a rather large caveat!

“I take everything with a grain of salt.” – Hope Solo

Typically wise from one of America’s greatest ever female footballers.

“Take life with a grain of salt, a slice of lemon, and a shot of tequila.” – Anonymous

It is one of the wisest things anyone has ever said. Don’t take it too seriously, have fun!

“Wisdom lies in taking everything with good humor and a grain of salt.” – George Santayana

Live by that mantra and stress-free life is sure to come your way.

“If people say something rude or off-color, you have to take it with a grain of salt, because they don’t know you.” – Chris Daughtry

In the social media age, this is hugely important. We have to ignore the hate.

“Take every birthday with a grain of salt. This works much if the salt accompanies a large margarita.” – Maxine

We’re all getting older. That’s a good tip for dealing with it!

Saltwater is a fantastic descriptive device. The world’s biggest juxtaposition, the unpalatable edge to the very liquid from which life is created, it’s a very powerful literary device.

Aside from abstract ideas like that, saltwater is great for quotes because of its bracing nature. The mere mention of it conjures up images of the open ocean, one of the most powerful images on the face of Planet Earth.

“Our people know these two things best: water and salt. We cry when we run out of sweat, we sweat when tired of cry.” – Jacqui Germain

Hard-hitting reflection on the struggles some people face.

“I have salt in my veins and sand in my heart.” – Anonymous

That sounds like a freer way of life. If a little dangerous.

“Let there be work, bread, water and salt for all.” – Nelson Mandela

As profound as you’d expect from the great man. Everyone deserves these.

Salt to the sea quotes

n 2016, Lithuanian-American author Ruta Sepetys published a young-adult novel about four people in World War II who are on board the eventually sunken MV Willhelm Gustloff.

A gritty story, some of the quotes are marvelous.

“How foolish to believe we are more powerful than the sea or the sky.”

Perspective on mankind’s place in the world.

“Your daughter, your sister. She is salt to the sea.”

Life goes on even despite hardship.

“Bread – that this house may never know hunger. Salt – that life may always have flavor. Wine – that joy and prosperity may reign forever!” – James Stewart and Donna Reed
(“It’s a Wonderful Life” movie)

Though salt is probably the more famous of the two given its prevalence in some of the world’s greatest wonders, pepper is also used to spice up a conversation.

While not as widely used, there are some very poignant quotes about pepper.

“Jealousy is like a hot pepper. Use it mildly, and you add spice to the relationship. Use too much of it and it can burn.” – Ayala Malakh-Pines

Come on, we have all been there. Even if we don’t want to admit it.

“The fire and excitement may be gone now that we don’t go out there and sing them anymore, but the ring of fire still burns around you and me, keeping our love hotter than a pepper sprout.” – Johnny Cash

A declaration of love from The Man In Black drenched in a country music tone.

“He who has the pepper may season as he lists.” – George Herbert

He wasn’t just talking about food. The ‘pepper’ is a certain quality someone can bring to everyday life.

“The last time I saw her was red. The sky was like soup, boiling and stirring. In some places, it was burned. There were black crumbs, and pepper streaked across the redness.” – Markus Zusak

What an amazing description of a sunset. Who else is hungry?

“Don’t be a pepper on the eyes of people. Rather be the salt on their tongue and make a difference that influences their sense of belonging to the earth.” – Israelmore Ayivor

Given some current affairs, it’d be wise to heed this advice.

“Black and white is salt and pepper of colors, for life tastes bland without them.” – Vikrmn (“Corpkshetra”)

A simple message but one that should mean so much.

“My heart is small, like a love of buttons or black pepper.” – S. Jane Sloat (“In the Voice of a Minor Saint”)

Just a lovely description of emotions.

“Peppering your relationship with a dash of mystery can make it far more palatable.” – Khang Kijarro Nguyen

Once again, we’ve all been there. Haven’t we? Just me then….

So, as you can see from pretty much everything above, salt and pepper can season a conversation and help make a point just as well as they can do in the world of cooking.

Hopefully, some of these will have their way into your mind. If they have, those mundane tasks we have with friends, family, or colleagues will simply be all the richer.

Salt and pepper. They really aren’t just for cooking. 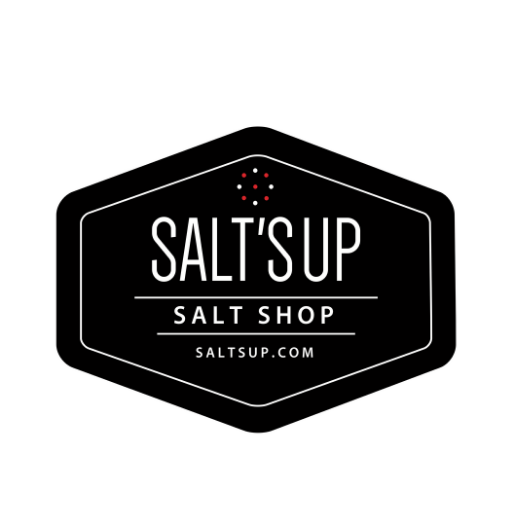